Euro 2016 is just two weeks away, but if you can’t wait that long for your next football fix, take a look at our 7 reasons why this summer’s tournament in France could be one of the best yet!

Euro 2016 will be the first tournament featuring 24 teams, meaning you’ll have a mammoth 552 different players to choose from in the Fantasy iTeam European Championship game, available to play through the app now. Of course, more teams means more fixtures, so if you’re already starting to experience withdrawal symptoms after the end of the domestic season, don’t worry – there’s a minimum of 76 and a half hours’ action to look forward to.

2. Say hello to some new faces

While perennial qualifiers the Netherlands are missing due to an abysmal qualification campaign, minnows Iceland and Albania will be taking part in their first ever major tournament. Fans of Northern Ireland, Wales and Hungary can enjoy their sides’ first appearances in an international competition for a generation, with all three hoping to cause a major shock.

3. The host nation’s next generation

France are many people’s hot favourites to lift the Henri Delaunay trophy this summer – and for good reason. Les Blues were home winners at Euro 1984 and the 1998 World Cup, and Didier Deschamps has a supremely talented and youthful squad at his disposal. Juventus’ midfield supremo Paul Pogba is being touted as the face of the tournament and, at £7m, will be a popular choice at the heart of many a Fantasy iTeam midfield. Atletico Madrid’s Antoine Griezmann (£8m) and Manchester United’s Anthony Martial (£7.6m) will ensure France pack a pacy, skilful punch going forward, although there’s some doubt as to who will start in central defence, with first-choice pairing Mamadou Sakho and Raphael Varane unavailable due to suspension and injury respectively. 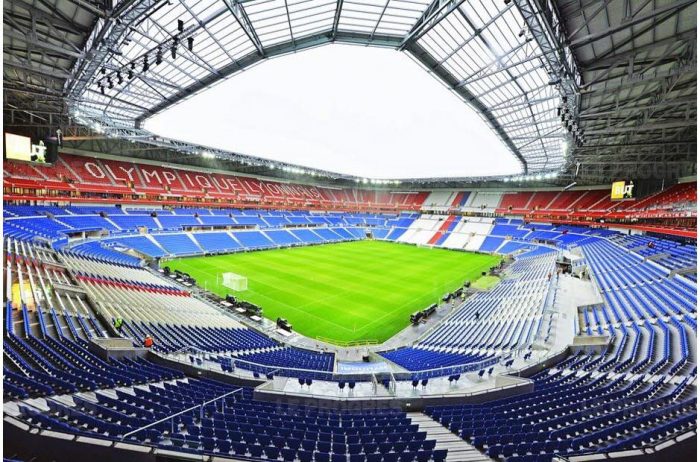 Although the Stade de France, constructed for France ’98, is still very much the centrepiece, there are some stunning new stadia across the provinces to marvel at, if you’re lucky enough to have a ticket for the tournament. The Parc Olympique Lyonnais, due to host Northern Ireland’s game with Ukraine and the Nouveau Stade de Bordeaux, venue for Belgium v Republic of Ireland have both been erected in the last 12 months, while Nice’s Allianz Rivera, completed in 2013, is also worth looking out for.

England v Wales, Germany v Poland, Belgium v Italy, Spain v Croatia: the group stages are jam-packed with grudge matches and clashes between sides packed full of star players. Of course, when you’re as football mad as we are, every fixture is a must-see!

6. England could win it

The mood here is one of quiet optimism, and Three Lions’ fans certainly have reason to be hopeful of Roy Hodgson’s men’s chances. Leicester duo Jamie Vardy (£7.5m in FiT) and Danny Drinkwater (£5.7m) come into the tournament as unlikely title winners, scoring 208 and 107 Fantasy iTeam points in the process, while Tottenham Hotspur’s five-strong contingent of Kyle Walker (£5.7m), Danny Rose (£5.9m), Eric Dier (£5.7m), Dele Alli (£6.5m) and Harry Kane (£7.9m) should ensure that there’s plenty of team spirit. The big issue for the manager is whether or not captain and record goalscorer Wayne Rooney (£7.9m) will play in a withdrawn role, or in his favoured striking position.

7. We have a fantastic new fantasy football competition! 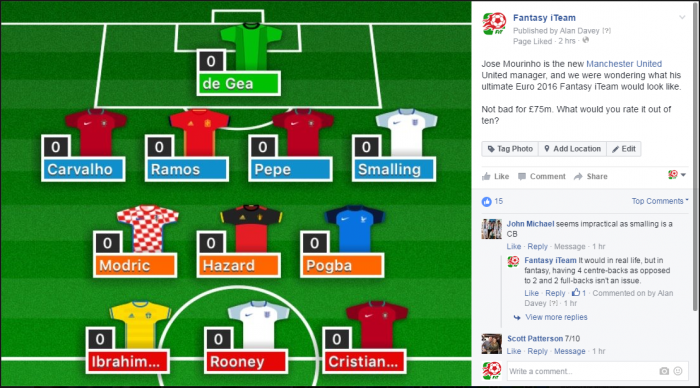 With fantastic prizes up for grabs, Fantasy iTeam’s European Championship game is perfect for adding that extra element of competition between friends during the tournament. Even if England bomb, both Irelands disappoint or Wales are knocked out early on, if you download the app today, you’ll be glued to the television right up until the final whistle on 10th July!