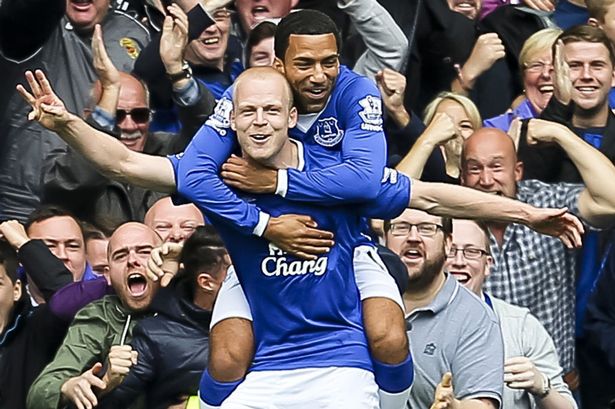 Steven Naismith might not be the most glamorous of Fantasy iTeam players but managers who selected him were handsomely rewarded on Gameweek 5. The Everton attacker did not even start his team’s match against Chelsea but an early injury to Muhammed Besic gave Naismith his chance and he took it, striking a perfect hat-trick as his side beat Jose Mourinho’s men comfortably. That meant Naismith racked up a massive 16 points for the Gameweek and incredibly, he only had four points from four games prior to this weekend’s action. Teammate Ross Barkley was also in fine form, scoring eight points... 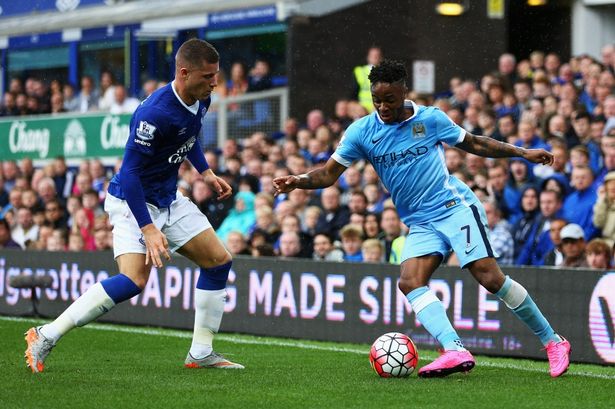 A mixed week for the Godfather picks last time out. Romero, Azpilicueta, Kompany, Mahrez, Redmond, Gomis and Costa all scored well, but there were a few let-downs – Cresswell (what was he thinking?), Payet, Depay, Silva, Aguero and Benteke all disappointed. Here’s the picks for the upcoming weekend. The eleven players featured below cost less than £75.0m in total, so if you’ve only just joined us or want to create an additional iTeam to have a better chance at winning the weekly prize – a video games package worth £150 – then you could could pick something very similar. Goalkeeper:...

The FiT Godfather Picks for Gameweek 3

Even though many of the Godfather's Gameweek 2 picks performed well – Mignolet, Gomez, Darmian, Payet, Albrighton, Redmond, Alexis and Benteke (c) – his own iTeam team didn't. With only 79 points scored so far this season, his Season Mob needs a solid week. Anyway, enough about him, let's check out who you should be looking to bring in this weekend.

BetBright are offering Fantasy iTeam players £20 free when you bet £10 after creating a new account. So if you stick a tenner on a Saturday game and you’ll have an extra £20 to play with over the rest of the weekend. Couple this with BetBright’s 5+ Acca Insurance offer (100% back if 1 leg lets you down) and it could be a good weekend to win a few extra ££s.. Click here to sign up.

It wasn’t the best start to the season for the FiT Godfather who scored 41 points in Gameweek 1, putting him in 21,775th position. This week he’s focusing on the players he’s sure will do well  in Gameweek 2. Do you trust him??? The eleven players featured below cost less than £75.0m in total, so if you want to create an additional iTeam to have a better chance at winning the weekly prize – a video games package worth £150 – then you could could pick something very similar. Over to him… Team Value: £71.8m  Goalkeeper:  Simon Mignolet (£6.2m)  A...

Each and every Gameweek the FiT Godfather will go through his picks for the weekend ahead. Gameweek 1 is a little different. Rather than focus on players that should do well in the upcoming matches, he will be talking about his starting team. Over to him… Goalkeeper:  John Ruddy (£5.1m)  With the new one point for every two saves rule, I wanted a cheap Goalkeeper that should be very busy, but one that still has a chance of keeping a clean sheet or two. With Norwich’s kind opening fixtures, I’m very happy with my choice here. Defenders: Branislav Ivanovic (£6.7m)... 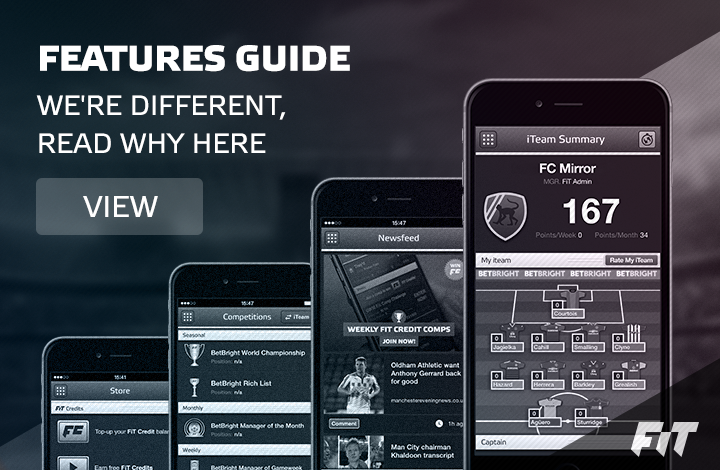 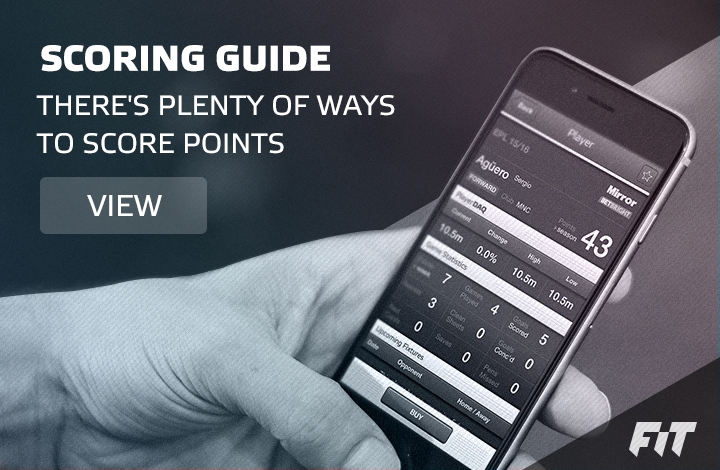 In our game, points are updated live, so make sure to check out how your iTeam is doing when matches are being played. We award points for the following: All players Starting Line-up 2 Substitute Appearance 1 Goal – GK and DEF 7 Goal – Midfielders 6 Goal – Forwards 5 Assist 3 Sending off -5 For every 2 saves made 1 Captain Captains score the same points as regular players, but their points are doubled. Goalkeepers and Defenders Clean Sheet 5 Goal conceded -1 Penalties Penalty Goal Saved 5 Penalty Missed -3 Points are only awarded during Premier League... 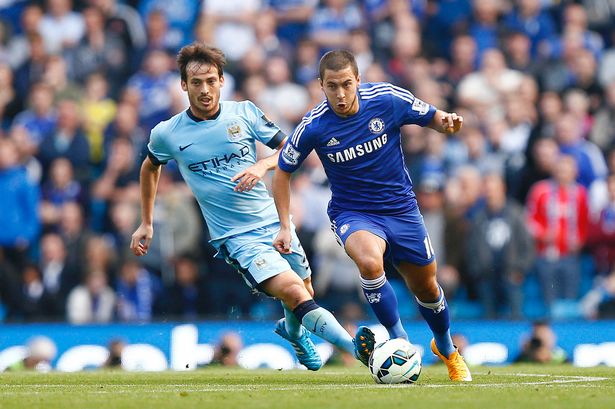 It’s time for our end of season EPL Award ceremony and well done to all of you who took part and stayed with us throughout the 14/15 EPL season. Our overall winner was Ata Abatay with his iTeam, ‘Lepistes’, scoring a massive 2531 points. It was the closest World Championship we’ve ever had, with just 35 points separating 1st and 5th place. Ata’s iTeam didn’t actually score that many goals, but with 122 assists and 63 clean sheets, he managed to stay ahead of the competition. Ata now has some planning to do – he’s won a tailor made trip... 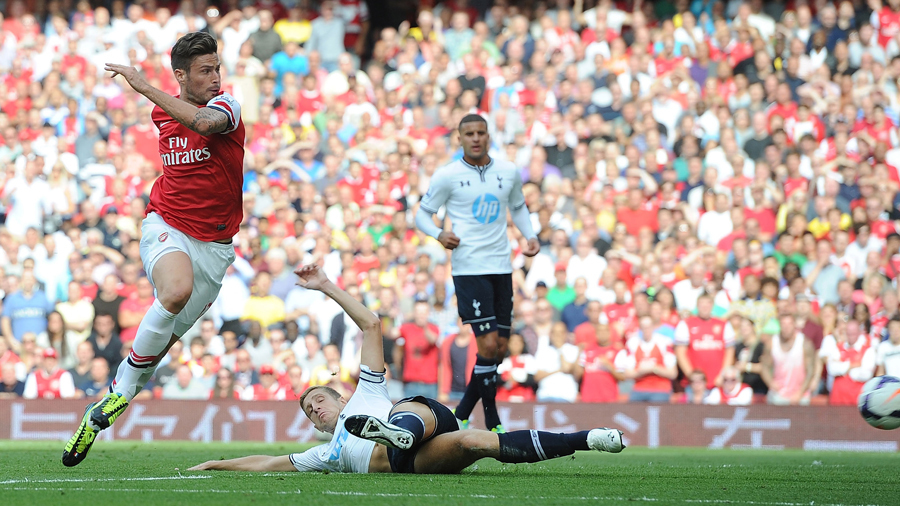 With just 10 matches left to go, what’s your aim? Are you in the hunt to win a prize? Is it all about topping your Mini League? Or do you have an overall points target in mind? As you’ve probably seen, every game kicks off at the same time on Sunday, so use your transfers to tweak your starting 11’s. Also, many of you are wondering what happens to left over FiT Credits once the season finishes – don’t worry, they roll over to the 2015-16 season. As for the World Championship, our biggest prize is still well and truly...