Confirm your iTeams and pick a Captain: it’s time!

We’re now less than 24 hours away from the start of the 2016/17 Premier League season, and while the Manchester clubs have been busy sealing ludicrously expensive deals for Paul Pogba and John Stones, Fantasy iTeam managers have been finalising their line-ups, ready for Gameweek 1.

Every one of our managers will set out on the path to glory this weekend, with hopes of taking home the big prize in their respective mini leagues. It’s important to get off to a good start by picking a good captain, so who should you be looking at in the fixtures this week? 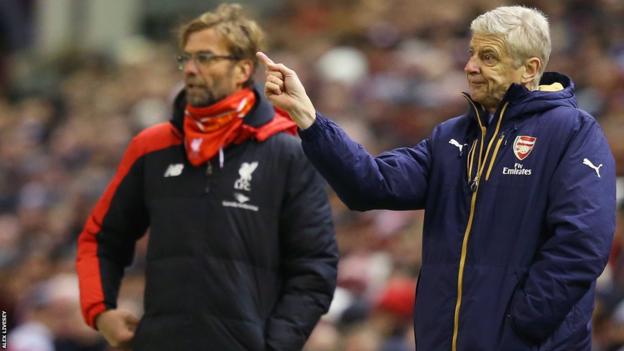 Without doubt the standout fixture of the opening weekend is the clash between Arsene Wenger’s Gunners and Jurgen Klopp’s Reds. Games between these sides have, over the years, tended to be full of goals (Remember the Arshavin 4-4?), so managers would be best advised to ship out any defenders from the two clubs, especially Arsenal, who have experienced a real headache at the back in pre-season, with Per Mertesacker and Gabriel both out with long-term injuries.

Captain pick: Olivier Giroud (£7.7m). Much-maligned by even his own fans, the Frenchman ended 15/16 with a hat-trick, and has a good record against Liverpool, scoring a brace at Anfield last January.

A youthful United side were beaten at the Vitality Stadium last year, but with Zlatan Ibrahimovic and Paul Pogba now among the Red Devils’ ranks, Jose Mourinho’s men are favourites for the title, and will look to get off to a good start here. Consider offloading Bournemouth defenders, this could get nasty!

Captain pick: Paul Pogba (£7.4m). After his midweek move, who would put it past the Frenchman marking his second United debut with a goal? On Monday night, an early London derby pits Antonio Conte’s Chelsea against a West Ham who have added shrewdly over the summer. Why not use your scheduled transfers to replace those playing Saturday and Sunday’s fixtures with the likes of Sofiane Feghouli, N’Golo Kante and Andre Ayew – all new boys for their clubs?

A clash between last season’s great disappointment and the (other) big surprise, this looks like a tough opener for both sides, although Ronald Koeman will be hoping new signing Ashley Williams can slot straight into his back four. Tottenham had the joint-best defence in the league last season, so it may be worth drafting Toby Alderweireld (£6.4m) into your side against the Toffees.

For the neutral, this isn’t the most glamorous of opening games, but the fixture between managerless Hull and reigning champions Leicester could see the Foxes get their title defence off to a perfect start. The Tigers have yet to sign a player in pre-season, and have several out injured, while Claudio Ranieri has been boosted by Riyad Mahrez and Jamie Vardy staying at the club. Lump on an away win, and pack your iTeam with blue shirts!

Captain pick: Kasper Schmeichel (£6.1m). The Danish keeper kept five clean sheets in six games last spring as Leicester closed in on the unlikeliest of titles. Hull’s Championship-standard strikeforce are unlikely to find a way past the 29 year-old.

With Crystal Palace v West Brom, Burnley v Swansea, Middlesbrough v Stoke, Southampton v Watford and Manchester City v Sunderland to look forward to this weekend, Gameweek 1 promises to be a spectacular one for Fantasy iTeam managers. Just make sure you get your team confirmed and your captain chosen in time, and remember: you can make transfers in between games!