EPL is back for Gameweek 22 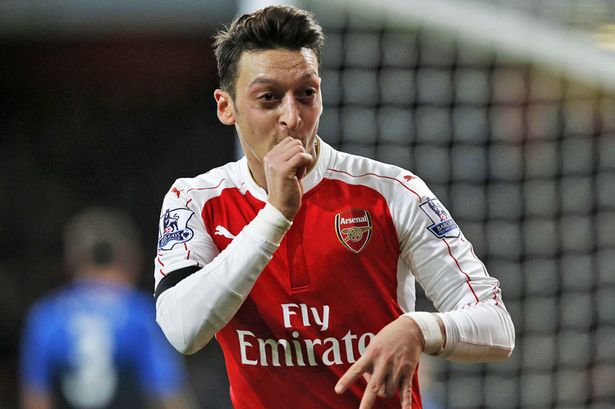 After an action packed weekend of international football the Premier League returns as the season enters the final furlong. This can only mean one thing, right? Time to re-jig those fantasy football teams…

The early kick-off sees managerless Aston Villa welcome Chelsea, who are unbeaten in 14 league matches. Arsenal and Manchester City both kick off at 3pm at home to Watford and away to Bournemouth respectively as both bid to consolidate their champions league positions. At the other end of the table, Norwich host Newcastle in a huge relegation six-pointer.

A few goalkeepers have fallen foul to injury since the last round of Premier League fixtures. Joe Hart looks set for another couple of weeks on the sidelines after he was stretchered off during the City’s defeat in the Manchester derby while another English keeper Jack Butland will likely miss the rest of the season after he suffered a fractured ankle in England’s defeat of Germany at the weekend. Rob Elliot has added to Rafa Benitez’s woes as he joins Tim Krul on the Newcastle goalkeeper injury list ahead of their vital game against Norwich. The Canaries have no fresh injuries to report however they are still without long-term absentees Nathan Redmond and Alexander Tettey.

At the other end of the table, Leicester look to have a full bill of health while second placed Spurs are still without Jan Vertonghen and Nabil Bentaleb. Arsenal on the other hand are without eight first team regulars meaning youngsters like Alex Iwobi could feature again.

Despite that, the Gunners are only second in the injury-hit list, behind Newcastle who win the sick-note prize with 10 injuries or doubts heading into this weekend.

Jamie Vardy goes into this weekend’s game against Southampton on the back of a dream weekend in which he bagged his first two England goals. Despite being unbeaten in three, the Saints have conceded in each of their past five games and you wouldn’t bet against Vardy adding to his impressive tally in this game.

Elsewhere, West Ham host Crystal Palace in a London derby. West Ham, meanwhile, are flying at the top end of the table, Palace have yet to register a league win in 2016 and look desperately out of sorts. Dimitri Payet has been irresistible this season and you’d expect him to give Palace’s defence a tough time.

Manchester United have been notoriously miserly in defence this season however it may be worth avoiding United’s defenders this week. They face Everton and with Romelu Lukaku in red-hot form, the Toffees boast the fourth best scoring record in the league.

While United’s defence has been good, they don’t boast the best defensive record in the league – that honour goes to Spurs. However, the north Londoners travel to Anfield this weekend to face a Liverpool side in sensational scoring form. The Reds have netted a mightily impressive 24 goals in seven games and with Vertonghen on the hospital bed, Spurs could struggle to keep Liverpool out.

By contrast, Chelsea have struggled at the back this season but travelling away to bottom club Aston Villa should mean that Hiddink’s defence have an easier time of things.

With injuries to many of Arsenal’s key midfield men, Iwobi looks set to be handed another start. The winger scored his first senior goal last time out against Everton so should go into the game full of confidence. However the best thing about Iwobi (apart from him being very cheap) is that he is classified as a midfielder despite playing further up the field than most midfielders. As a result, he’s more likely to score points and could be a good addition to this week’s squad.

Also high on confidence is West Ham’s Michail Antonio. The English wide-man has been in irresistible form and has scored three goals in his past five games, prompting some to suggest he deserves an international call-up. His opponents this week are Crystal Palace and the Eagles haven’t kept a clean sheet in any of their past 11 league games. It could be a good idea to bring Antonio into your team before his price rises any further.

Look no further than Harry Kane. The Spurs frontman is in unstoppable form and is up against a somewhat leaky Liverpool defence. With 24 goals in all competitions so far this season, Kane looks a good bet to score some points this week.

Everton’s attack has been irresistible at times this season and there’s no reason why the Toffees wont finish the season with a flurry of goals either. They still have three of the worst five defences in the division to play as well as having two games in hand on some teams. This means you’ll get more points for your money by picking Everton players this week.

Here’s a full low-down on who will be missing this weekend and who is facing a late battle for fitness.