Gameweek 21: Team of the Week 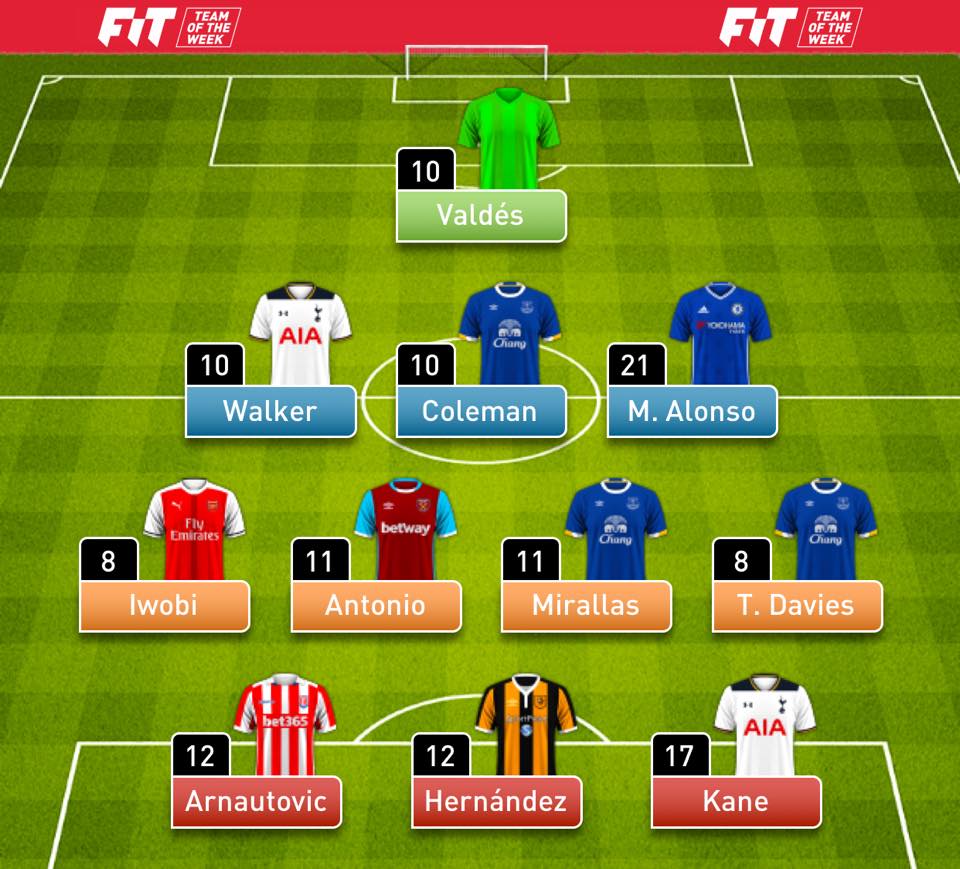 It was a very high scoring week, with the best eleven players racking up a massive 130 points:

Victor Valdes was the stand out keeper, 6 saves and a clean sheet, a well earned 10 points.

In defence, another superb performance from Kyle Walker brought an assist and a clean sheet, same for Seamus Coleman. It was, however, all about Marcus Alonso. No Diego Costa? No problem. Alonso scored a brace, and was just as effective at the back – receiving another 5 points for the clean sheet.

What a performance from Everton, and what a goal from Tom Davies. He thoroughly deserves his place in the team of the week. Michail Antonio is best known for his headed goals this season, but on this occasion he provided 3 assists – Dimitri who? The last two spots go to Kevin Mirallas and Alex Iwobi, who both had great games.

Up top, Marko Arnautovic and Abel Hernandez scored two apiece. And if you’re looking for a bargain buy next week, both offer great value for money. Many people’s captain choice, it was Harry Kane with the most goals this weekend. A superb hat-trick, and 34 points if you captained him.

The average score for the week, 51 points. Did you beat it?