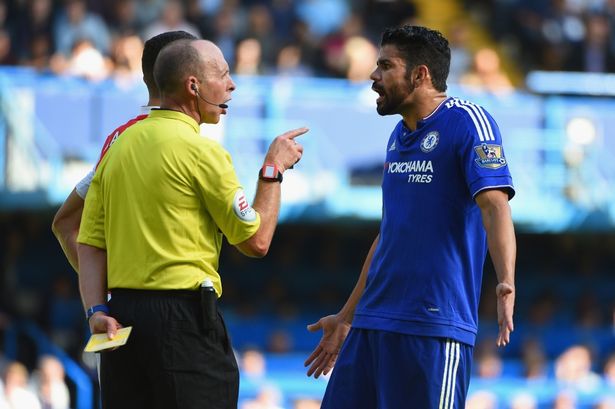 After a quick detour into the Capital One Cup this week, the Premier League is back in our lives this weekend.

Which of course means that fantasy football managers will need to get their houses in order and select their 11 points-winning players for the weekend ahead.

Tottenham and Manchester City get us started on Saturday lunchtime, with a cracking slate of games following.

Arsenal, Liverpool and Manchester United all have rare Saturday 3pm kick-offs this weekend, with under-fire Newcastle taking on Chelsea in the day’s final match.

Plenty for fantasy bosses to consider, then, so here are our recommendations for the week ahead.

Heading up the suspended list is Chelsea striker Diego Costa, whose three-game ban for last weekend’s shenanigans against Arsenal keeps him out against Newcastle. A call-up for either Loic Remy or Radamel Falcao could be a good move for your team this weekend. The Blues are also missing Thibaut Courtois and Willian.

Manchester United have problems at the back, with Marcos Rojo struggling with a hamstring injury as Luke Shaw’s lengthy rehabilitation process continues.

Francis Coquelin is a doubt for Arsenal – but he’s hardly a prolific fantasy scorer, while Jack Wilshere and Danny Welbeck remain long-term absentees.

Liverpool are still without Jordan Henderson, while Christian Benteke is a major doubt after being forced off against Norwich last weekend.

You may also be well advised to swerve any leggy Liverpool players who completed 120 minutes against Carlisle on Wednesday night.

Favourable match ups of the week

It’s hard to mount much of a case for Newcastle beating Chelsea on Saturday evening, even if the Magpies do have home advantage. Jose Mourinho’s side appear to shrugging off their early-season rust and can get over the loss of Diego Costa and nudge Steve McClaren’s ever-nearer the crisis zone.

It could be another bleak weekend for Newcastle’s north east rivals, with Dick Advocaat’s hapless Sunderland side returning to Manchester , four days after being hit for four against City in the Capital One Cup. They face a buoyant United side that are riding the crest of Anthony Martial’s goal-shaped wave.

West Ham are more than capable of getting a fourth Premier League win on the bounce when they host Norwich.

Things are looking dicey for Liverpool at the moment and many of their players come with red flags. Benteke is getting over a hamstring injury, Sturridge is still finding his fitness and Rodgers cannot seem to playmakers Coutinho, Lallana or Firmino to fit into his system.

While a home match against another out-of-sorts side in Aston Villa isn’t the worst match-up, the Reds do not look like a team that is about to explode into life, especially with visits to Everton, Spurs and Chelsea all coming up before Bonfire Night.

Watford frontman Odion Ighalo has quietly gone about his business this season and is quickly turning into a bargain buy up-front.

His brace against Newcastle last weekend made it four goals for the season, so pick him up while he’s still cheap if you need a budget addition to your forward line.

It’s hard to look past Manchester United here, given the state of the Sunderland defence. The goals have begun to flow for Louis van Gaal’s men in the last few weeks, so back either creator Juan Mata or finisher Anthony Martial to deliver the goods with the armband.

A left-field selection may be West Ham winger Dimitri Payet, who quickly settled into Slaven Bilic’s team, notching up an assist and two goals in the previous two game weeks.

Be weary on stocking up on Aston Villa players, as this weekend’s visit to Anfield will be followed up by games against Stoke (H), Chelsea (A), Swansea (H), Spurs (A), Man City (H) and Everton (A).

In terms of favourable runs, Manchester City host Newcastle and Bournemouth next, while Stoke will hope to get their season going with games against Villa, Swansa, Watford and Newcastle coming up.