To be a successful fantasy football manager, you must always have one eye on the key statistics. Take stock of the important figures from last year…

The 2015/2016 Premier League season was truly remarkable. Not only did Leicester City march to an astonishing first league title, laughing in the face of 5000/1 odds, but we also saw the re-emergence of Tottenham Hotspur and West Ham United as major players in the division.

While the 81 points Leicester City won the title with was relatively low, it was 10 points clear of any of their rivals, with Arsenal coming second on a total of 71. Leicester did not provide the top goalscorer for this unbelievable season, that went to Harry Kane of Tottenham Hotspur, who pushed the Foxes hard for most of the title run in, but ended up with third place.

Kane was followed by one of Leicester’s key men, Jamie Vardy, who won an England call up such was the tigerish nature of his movement and finishing in and around the box. Vardy ended level with Manchester City’s Sergio Aguero on 24 goals.

Arsenal Mesut Ozil finished as the undisputed assist king, setting up his team mates no less than 19 times, he was followed by Christian Eriksen from rivals Spurs, who notched 13. 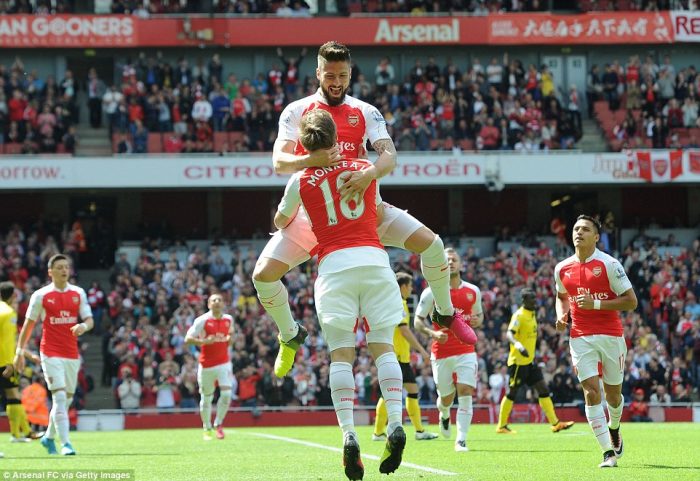 There were 14 hat tricks in the Premier League last season, starting with Callum Wilson’s efforts for Bournemouth against West Ham United in August, and finishing with Olivier Giroud in Arsenal’s 4-0 May thumping of relegated Aston Villa.

Victor Wanyama of Southampton picked up the most red cards in the division, with three, while his club lead the way with six. Newcastle’s Jack Colback’s 11 yellow cards were not topped, while Aston Villa had the highest team total with 74. Mike Dean gave more red cards than any other referee, dishing out a total of nine.

Perhaps unsurprisingly, Leicester boss Claudio Ranieri picked up the most Manager of the Month Awards, triumphing in November, March and April.

There were 13 managerial changes in total, including the manager of last season’s champions, Jose Mourinho, who left Chelsea.

Manchester City’s attack was the most effective, scoring 71 goals at an average of 1.87 per game, while Manchester United and Tottenham’s defences proved to be the most airtight, shipping only 35 in the season with an average of 0.92 per game. 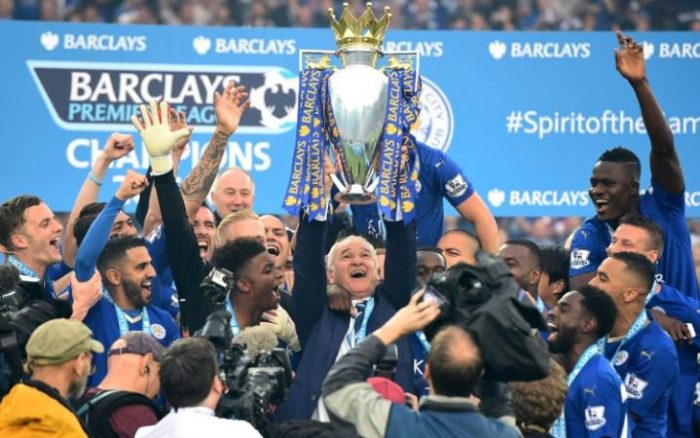 But let’s finish with some statistics on Leicester, who will make 2015/16 live long in the memory. Manager Ranieri had been in management for 28 years prior to joining The Foxes, but had never won a title.

Leicester are the first team from outside Manchester or London to win the Premier League since Blackburn Rovers in 1995.

The 5000/1 available on Leicester winning the league at the start of the season means they were the longest odds of all time on any single event that was successful.

Wes Morgan became only the third title-winning player in Premier League history to play every minute of every match, after John Terry and Gary Pallister.

Despite winning the title by 10 points, Leicester were in the bottom half of the table for possession percentage, and in the top half for number of long balls played.

Riyad Mahrez is the first ever PFA Premier League Player of the Year hailing from Africa. Robert Huth became only the seventh player to pick up a Premier League winner’s medal with two different clubs, after also tasting success with Chelsea.

Will your team’s players turn out to be record breakers this season? Download the Fantasy iTeam app and get the ball rolling.