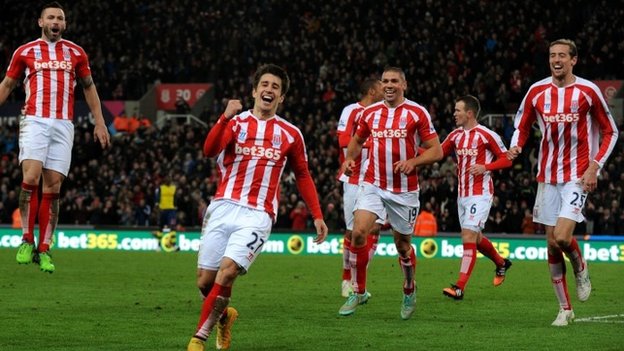 A third of the way into this season and it looks like Chelsea have got the league wrapped up already thanks to the inconsistency of the likes of Man City and Arsenal, two teams who you would of expected to at least challenge. Liverpool have fallen apart, Spurs are nowhere to be seen and Man Utd can’t defend for toffee, although there are signs of improvement there, you feel it would be too late for them to mount a challenge.

Things are looking quite different at the bottom end of the table with just 5 points between West Brom in 13th and QPR in 20th. A couple of good results from any team in the lower half of the table would catapult them straight up the league. It looks like it will be a very close season in terms of the relegation battle, and unless teams start tightening things up at the back you could well see a team sat in 12th with 2 games to play getting relegated on the last day if results don’t go their way.

West Brom come into this game without the services of Claudio Yacob, sent off in the 2-0 defeat to Chelsea. He will surely be a miss to the baggies who will probably spend most of the game on the back foot, coming up against an arsenal side whose attacking play in the 2-1 home defeat to Man Utd on Saturday warranted something out of that game. With Giroud coming off the bench and scoring against Utd, he is surely in line for a return and I would expect him to spearhead a front 3 with Welbeck pushed out to the left and Sanchez on the right. West broms best chance of getting something out of the game would be to try and replicate Utds approach by soaking up the pressure and trying to hit them on the break. Berahino would be key to this approach and if Arsenal are as wasteful in the final third as they were against Utd then you could well see the youngster capitalising.

With only 2 points separating these teams at the bottom of the table, there is everything to play for. Burnley come into the game on the back of 2 victories over Stoke and Hull, while Villa have managed just 2 draws in their last 6 played and not won a game since beating Liverpool in September. Villa will once again be without their main man upfront as Benteke serves the last of his 3 game ban after his sending off at Spurs. They they will be hoping they can show the same resilience they did against 2nd in the table Southampton in their 1-1 draw Monday night when they come up against Burnley’s Danny Ings who grabbed a brace at Stoke.

I said to someone at the start of the season that Liverpool had done a Spurs. Suarez was to Liverpool what Bale was to Spurs, the kind of player that could turn a game on its head and inspire his teammates through a moment of brilliance. That kind of player can’t be replaced by a group of good, but not great players, and Liverpool have now been found to be an average team without him. Stoke meanwhile have had an ok start the new season and sit mid table, which is where you would expect them to be. The playing style has changed under Mark Hughes but they still lack consistency with results, with what their fans would consider a disappointing loss to Burnley coming off the back of a good result at Spurs. This is a difficult one to call with Liverpool enjoying good results at home to Stoke in recent years but I do feel that Liverpool may struggle to cope with the physical presence of this Stoke team.

The game against Arsenal on Saturday will have done wonders for the confidence of Utd, obviously not because of the way they played but the result. They did in that game what made them so good over the years, didn’t play well but somehow got the 3 points. They will be desperate to follow it up with a good result at home to a Hull side have only won twice all season, the last of these coming at home to Palace in the first week of October. Steve Bruce needs to try and stop the rot that is setting in but I don’t think this is going to be the game to do it. United are going to click at some point and this game would really be ideal to get some goals given the position and form of Hull, and with the attacking threat Utd have I think they could overwhelm them give them a good hiding. (Saying that, they started really well against Leicester look what happened!)

QPR host Leicester in a 6 pointer at the foot of the Premier League. Leicester have failed to score in their last 5 games, managing just one 0-0 draw in the same period. QPR, however, don’t seem to have too much trouble finding the back of the net having scored 8 goals in their last 5 league games, but their defensive frailties mean they have only won one of those games. These teams have only met once before at Loftus Road in the Premier League, back in 95, a game the hosts won 2-0. Charlie Austin has now scored 4 goals in as many games and at only 5.7 million, he might well be worth putting in your team, especially against a team that is struggling like the Foxes.

This is the pick of the games for me this week. What a season the Saints are having! Who would have thought that after Lovren, Lallana, Lambert, Shaw and Chambers moved on. All credit must go to Koeman for bringing in the new lads and gelling them into a team so quickly. Saints currently sit 2 points above City in the league table and have the meanest defence, conceding just 6 goals all season and only 1 since the start of October. The real test starts for them now though with a pretty tough run of fixtures coming up for the high flying Saints starting with City. Man City have only won once in their last 5 league games at St Mary’s but will come into this fixture after the Aguero inspired win against Bayern in midweek. Their league form has been pretty consistent of late, with 4 wins, in their last 6 games and if Aguero picks up where he left off then Saints formidable defence will face their toughest test yet.

Crystal Palace moved out of the relegation places last weekend with a stunning 3-1 victory over an out of form Liverpool side. It was Crystal Palaces first win in 6 games with Jedinak getting on the score sheet with his fourth goal in eight games. Swansea have two home games in row against Crystal Palace and QPR which they will be looking to pick up maximum points from. Last weekend they lost to man city 2-1, Bony scoring for Swansea his fifth goal in six games.

Tottenham climbed into top half of the premiership with an away win against 10 man hull city. The goals coming late as in the previous away victory against 10 man Aston villa with Harry Kane getting on the score sheet again to make it 9 for the season for him now. Tottenham have lost their last 2 home games 2-1. Everton’s current form is good, with 3 wins and 2 draws in their last 5 games and they will be hoping that Leighton Baines is passed fit for what should prove a pretty even game. Their last outing saw them beat West Ham 2-1 with Leon Osman scoring the winning goal.

Mourinho will be seeking revenge on Sunderland who beat them after coming from behind last April to win 2-1, which was a first home defeat in 78 premier league fixtures for Mourinho. Sunderland are unbeaten in their last 3 games but have a tough run of games with Man City and Liverpool to follow the Chelsea game. Sunderland’s defence has improved considerably since their 8-0 defeat at Southampton in October but they will face a stern test against an inform Chelsea team, who destroyed Schalke 5-0 in the champions league this week. Last seasons corresponding game produced a seven goal thriller, with Chelsea edging it 4-3, but given how Chelsea are playing this season you would think that this will be another 3 points in the bag for them.

West Ham have had some pretty impressive results this season, beating Liverpool and Man City, but then dropping points at Villa and Stoke recently, teams that, given their current form you would expect them to beat. Valencia and Sakho have proved to be very good players and you have to wonder how Big Sam will fit them in a team with Carroll back fit. Personally, I would carry on with those 2 provided they are fit and leave Carroll on the bench as a plan B. Newcastle have definitely upped their game lately, with 5 wins and a draw coming since their 1-0 loss to Stoke at the end of September. You have to give credit to Mike Ashley for sticking with his manager after a less than impressive start the campaign but it just goes to show that given time things can turn around.

Thank you for reading and good luck in GW13. Hopefully it won’t be unlucky for you.