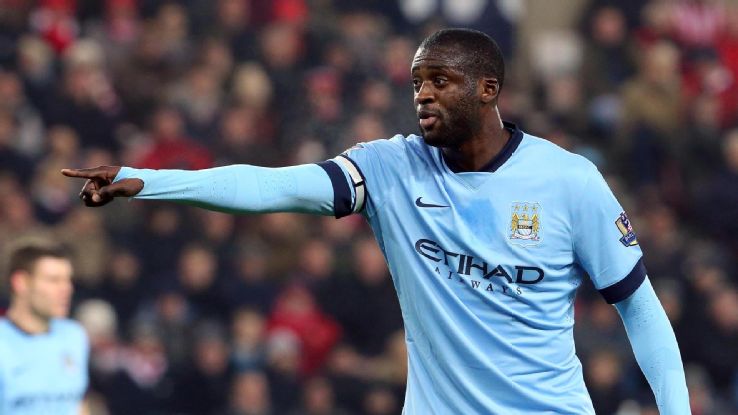 So here we are in Week 26, and it’s ‘squeaky bum’ time at the bottom of the league – there’s also a lot of tussling going on at the top. At this moment it’s anybody’s guess who’s going to finish in the top 4 or the dreaded bottom 3. I think there are going to be a lot of twists and turns in the coming weeks, and I think its going to be the most exciting finish to a Premier League season in years. I like sticking my neck out, so I’ll make some predictions for the end of the season:

Now you’ve all finished saying how wrong I am, I’ll go into the preview of this weeks games. I’ve added some stats on the end for those who follow the numbers – these may also come in handy if you fancy a little flutter with our good friend Fred.

So, Aston Villa have found the man to save their season…. Tim Sherwood. Personally, I’m not convinced. He doesn’t really have the experience to be the right man for the job in my eyes – 5 months at Spurs in totally different circumstances does not cut it for me. In saying that, he does have passion and, if he can transfer some of that into the team, then you never know. Stoke have been a bit erratic lately and have lost their last 2 games – 4-1 to Man City and Blackburn respectively. Now, while I certainly don’t think Villa will score 4 on Saturday, I do think they will be better than they have been. And with Stoke at a bit of a low point, this would be a big game for Villa to get some points.

It seems every time I do a blog I say how much I like Burnley and Sean Dyche and think they play good football but will come unstuck this week, and here it is again. This week they play Chelsea, who are in splendid form and seem to have the ability to win even when not being at their best. This week, however, they will not have to be at their best, and with the notable exception of Danny Ings, are far better then Burnley in every department.

Burnley will take a lot from their performance against Man Utd, but they still lost and that will hurt. I expect Chelsea to inflict more pain on a very likable but ultimately doomed Burnley.

Alan Pardew has turned Palace into a good looking side. Their problem was scoring goals, and now with more strikers than you could throw a stick at – Chamakh, Gayle, Campbell and co. will have to be at their most clinical to beat an Arsenal team that are in good form. But, have been giving away chances recently, and Arsenal’s style of play will allow Palace to come forward, with Zaha and Bolasie supplying the aforementioned strikers. I can see then taking something from the game here, I’m not bold enough to give them the win, but I can certainly see a draw on the cards here.

Ozil has been in great form since his return to the team, and I would be tempted to get him in if your looking for a player that will get points and also rise in value over the next few weeks. But, a lot will depend on the FiTness of Sanchez. He has been fantastic for Arsenal this year but has been in and out due to injuries. They certainly have players to compensate, but at this moment he is the main man.

68% of Arsenal’s games had over 2.5 goals scored in total, they have also scored at least one goal in 85% of their away games

Chris Ramsey is the new God at Loftus Road – after leading QPR to their first away win of the season last time out he will be full of confidence that he can double up on QPRs away wins. I like Ramsey and he has a lot of good ideas, he wants to play the game the right way (if there is such a thing) and I think he could do a job for QPR. The main problem comes with his lack of experience at the top level, like Sherwood, he has no real experience and will be interesting if things start going wrong to see what his “plan B” will be.

Hull are amazing me this season, I thought they were going to really push on from a good season last year, but for a number of reason it just doesn’t seem to have happened for Steve Bruce. He has had lots of injuries to key players, but I’m not sure if its more than that. It seem that the some of players he relied on last season are not giving the same amount this time around – Huddlestone, Livermore, Davies really don’t seem the players they were only a season ago.

What do I say about Pulis that hasn’t already been said, the guy just knows how to make a team hard to beat and can get the points needed to stay up. It’s going to be a hard slog for West Brom, but he has bought well and the return to form of Ideye will be a huge boost to their chances of staying up.

Sunderland on the other hand are one of those team that you never quite know who’s going to turn up. They can be awful one week and look a very good side the next. The one thing that has made them a threat is Defoe – a born goal scorer and just what Sunderland needed at this stage of the season. I think this will be another close game and you could toss a coin for a prediction.

Stat Zone
Sunderland conceded at least one goal in 77% of their home games. 62% of West Brom’s conceded goals occurred in the first half. they have also have drawn their last 3 away games.

Well, Well, Well…. Man Utd. This could be a war and peace length preview on them, but ill try to keep it as short as I can. In fact, I think that Man Utd are a good side this year, yes, they are not playing the most attractive football we’ve seen from them in the past, but they had a lot to live up to didn’t they. They have bought a number of new players and have a new manager, plus they are still sitting 3rd in the league and are still in the FA Cup. If you look at how long it took Liverpool to integrate there multiple signings and less about how long it has taken Spurs, the better. My point being, this team is one for the future and if people keep focusing on what they have to live up to then they will never get there.

Swansea on the other hand are going the other way, I can see them going into free-fall. Since the departure of Bony they look very weak up front. For me, Gomis is not a striker that will get you more than 10 premiership goals a season. Dyer and Routledge have lost their early season form, and I think the rest of the campaign will be very hard slog for this Swansea team.

Stat Zone
66% of Man Utd’s points have been earned at home. Man Utd are unbeaten in their last 7 away games.

Last week we saw a glimpse of Aguero being back to somewhere near his best. And Man City will need him, and more importantly Yaya Toure, at their very best if they are going to claw back the gap between them and Chelsea. I don’t know of another player in the premiership that is more important to a team than Yaya is to Man City. He doesn’t even have to be playing well, he just makes the team work – without him they struggle to get into gear. I think his return and also the introduction of Bony will give the team new life this week. I expect them to really go after Chelsea and I think it starts this week.

It’s really hard to comment on Newcastle, they have some of the best and most passionate fans in the country, but the board seems devoid of ambition. They seem to be happy bouncing around mid-table and I find that strange, especially with the ground they have and the fan base. I hope Carver can get the best out of a fairly talented squad from now until the end of the season – it might just wake the board up and make then realise they still have a team.

Stat Zone
Man City have conceded at least one goal in each of their last 8 games. 71% of Newcastle Utd’s goals have been scored in the second half.

Spurs are actually in a good run of form and are in a position to challenge for the top 4 – and for the first time in a long long time they seem to have got better since Christmas and not the other way around. Kane, Mason, Dembele, have all emerged this season as top players, and if they can keep their form, then for the first time in a long while top 4 could be a reality. Although, this week will be very difficult against a team also (until last weekend) in fairly good form.

The loss of Carroll will be a big blow, but I believe they were playing there best football at the start of the season when he was injured and they were playing with Sakho and Valencia up front. Another game that if both teams come to play, could go either way.

Stat Zone
76% of Tottenham’s games had over 2.5 goals scored in total.
West Ham have conceded at least one goal in 92% of their away games.

Over the last couple of weeks Martinez seems to have realised that his style of football needs a little more substance to it, and with this his defence has become solid again and now if Lukaku can find his goals again then they can have a good end to the season and build for next season. Leicester are going down, I cannot fathom Pearson as a manager, there are too many things that wrong with him that the club do not need at the moment. In Leicester’s position they need a calm head and experience – what they seem to have is Attila the Hun. Maybe I’m wrong, but every time I see Pearson he looks like he has or is going to do someone some harm. For me, this game is only going one way.

Stat Zone
Everton have drawn their last 3 home games. Leicester City have lost their last 4 games. they have also lost 77% of their away games.

What a great game to end the week on, Southampton just keep on surprising people, and I’m sure even their own fans wouldn’t expect them to be in the top 4 at this stage. But, they are, and it’s full credit to them. They have not had good results against the teams around them, but what they have done is beat everybody else – this has kept them in a strong a position. You never know, that dream could still be on.

Liverpool have got somewhere near to the form they showed last season, it’s taken a while, and the loss of Sturridge for so long hasn’t helped. But, hopefully that’s over and they can get down to chasing that top 4 goal again, they certainly have the tools to make it, but they do have arguably the hardest run in to contend with. This will be a cracking game and there will be goals in this for sure – tough to say how many, but a late winner for either side will really help those top 4 ambitions.

Best of luck to you all in Gameweek 26, and for the rest of the season.