Your guide to Gameweek 11 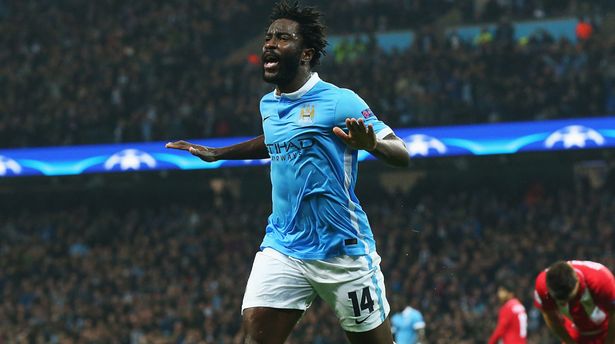 After an eventful Capital One Cup fourth round grabbed out attentions midweek it’s back to the Premier League this weekend and that means one thing – time to set your fantasy football line-ups.

This weekend’s action starts with a bang, as under-fire Chelsea boss Jose Mourinho faces what looks awfully like a must-win game against Liverpool on Saturday lunchtime.

Once that humdinger is out of the way, we’re being treated to the likes of Palace vs Manchester United, Manchester City’s home clash with Norwich and Arsenal’s trip to Swansea.

There’s a south coast derby between Southampton and Bournemouth on Sunday, while Spurs and managerless Aston Villa close out this round of fixtures on Monday evening.

The Arsenal treatment room is awfully busy this weekend, with Theo Walcott and Alex Oxlade-Chamberlain joining the likes of Aaron Ramsey, Jack Wilshere and Danny Welbeck on the sidelines.

Manchester City are still missing their main man in Sergio Aguero, but David Silva is on the mend – although Saturday’s match with Norwich may come too soon for him.

Liverpool are still short up front – Daniel Sturridge and Christian Benteke are both doubtful, with Danny Ings out for the season.

Norwich conceded six goals on their last road trip – and even worse, that was against Newcastle. So fantasy managers will be licking their lips when they see that the Canaries visit Manchester City on Saturday lunchtime.

Even without Aguero, City have plenty of attacking options to cram into your team. Wilfried Bony could be worth snapping up.

Will Chelsea come back from the dead on Halloween? Sure, it sounds like the narrative-busting thing the Blues could do, but then again, what have they shown in recent weeks? Very little, so leave the likes of Eden Hazard, Cesc Fabregas and Diego Costa (who is also an injury doubt) alone for the game against Liverpool.

It may also be worth cooling it with your Arsenal players – the Gunners are injury plagued and Swansea showed some signs of life last weekend with their win over Aston Villa, so could provide a tough test for Wenger’s men.

Watford’s Odion Ighalo is at the hub of Watford’s attacking play and is the best cut-price striker in the game, following Callum Wilson’s cruciate knee injury, so snap him up if he’s not in your team already.

If you;’re really feeling brave, then Arsene Wenger has hinted that Joel Campbell will have a part to play over the next few weeks amid the Gunners injury woes, so he could be worth a look at.

Who should be my captain?

As mentioned above, it’s hard to look past Manchester City. With Raheem Sterling a slight doubt with a hamstring problem, you should hand the armband to Kevin De Bruyne.

The Belgian has hit the ground running at the Etihad, operating on either flank or in the middle and has provided goals and assists wherever he has been deployed.

There’s one more round of fixtures after this weekend before the next international break and the next slate of matches only underline what happens this weekend. Manchester City have another eminently winnable game against Aston Villa, while Stoke host Chelsea – and we know what happened last time they met.

Even if it costs you a few points, cram in those City players.